Funko continues to reveal new POP! Rocks, with Blink-182 the next band to be released. This will be a 3-pack with the entire band from the “What’s My Age Again” music video. Mark & Travis have had a POP! released before, but this is the first one for Tom.

This is going to be released in November, and can be pre-ordered now at the links below: 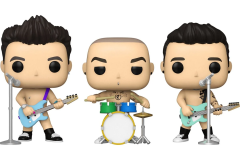 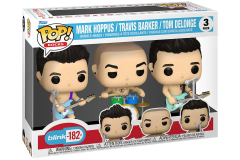