The Venom movie is due out this fall, and Funko will release a line of POP!s to celebrate it. However, for some reason they are never able to release POP!s from non-MCU movies, as they released comic-book versions of Deadpool & Logan characters. Venom seems to fall under this same umbrella, however they have some cool plans for the line. Venom & Carnage will be available in mid-transformation, so you will be able to see a bit of Brock & Cletus’s face. Not only that, but there are ‘Venomized’ versions of The Hulk, Captain America, & Iron Man! These are now available for pre-order at our sponsor, EntertainmentEarth.com, and they are due in September. 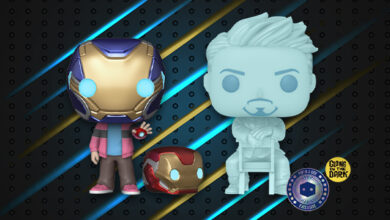