Each of these Rock Candy will have an exclusive. Hot Topic will have a Sepia Batgirl, while Target will get a black & white Wonder Woman.

Feed Me Some Little Shop Of Horror Funko POP!, Seymour! 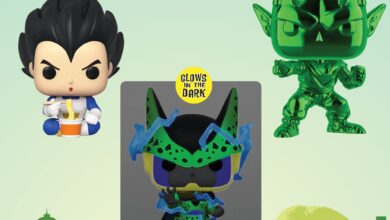