Happy Force Friday! Today, Funko (along with all other Star Wars merchandise makers) has released a full wave of their POP! figures. This first wave has a staggering 16 mass market releases. Among them are 3 re-releases from The Force Awakens, in the new packaging. Also, be on the lookout for the Chase version of Porg with his mouth open and a different color scheme.

These are all available NOW! You can order all of them over at EntertainmentEarth.com. 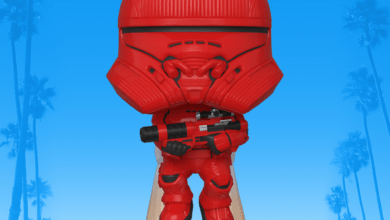