To help celebrate Steve Irwin’s Birthday yesterday, Funko has announced a new POP! of the Crocodile Hunter, with Irwin & his loyal Bull Terrier Sui. This is the 4th version of Steve Irwin, with a wide release back in 2019 with Steve holding a crocodile & a chase of him holding a turtle. Funko followed that up a few months later with a Funko Shop Exclusive with Steve holding a snake. 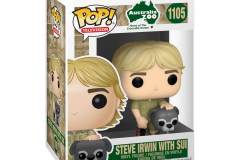 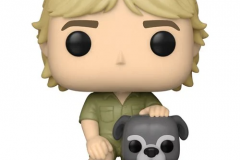 Irwin & Sui are due out in May, and can be pre-ordered now at the following online locations: