Disneyland celebrates the 65th Anniversary of their opening this year, and Funko has put together a line-up of POP! based on parts of the theme park to be released! This is a massive new wave that includes the first POP! Trains set, which will be 6 different cars of the Casey Jr. Circus Train. Each car will feature the following characters:

The Matterhorn Bobsleds will also have some themed POP!, with a the 3rd POP! Ride based on the classic coaster.

Target will have an exclusive line centered around Alice in Wonderland the Teacup Ride. These went up briefly yesterday for pre-order, but the website now says they will be available on October 4.

And finally for the POP!, there will be 2 different versions of the Cinderella Castle POP! Town.

Instead of doing Mystery Minis, Funko will have an assortment of Mini Vinyl figures that will be in window boxes. These will be the same size as the Mystery Minis, and will feature Disney Characters on some of the classic Disneyland Rides! 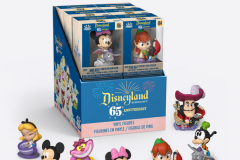 These are due out later this month, and can be pre-ordered at the following online locations: 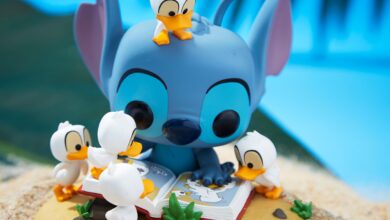 Aladdin Funko POP! Wave 2 Is Coming To Show You The World!