The Netflix Original Series The Umbrella Academy took the streaming service by storm back in the spring, and it was only a matter time until there would be a series of POP!s, but I don’t think anyone would expect a series that would include almost the entire cast!

Ben will also have a Glow in the Dark exclusive at Hot Topic. The whole series is due to hit in January, and can be ordered now at Entertainment Earth. 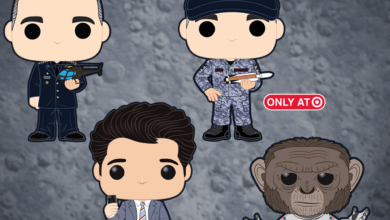 Bright Is The First Netflix Movie To Get The Funko POP! Treatment