Coraline joins the Funko POP! line this fall! Coraline will have 3 different POP!s, one with Wybie the cat, one in her raincoat (which will have a chase of her wearing a hat), and one of the Coraline Doll. The set is rounded out with Mr. Bobinsky (with mouse), and The Other Mother. These are available for pre-order at our sponsor, EntertainmentEarth.com 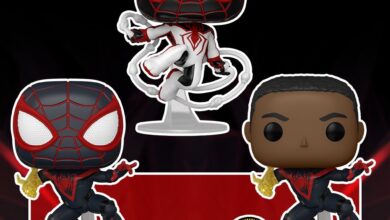 Do You Smell What The Rock Is Cooking? Smells Like WWE Funko POP! Series 6!