Funko teased us last winter with the first few Aladdin Dorbz, Jasmine & Apu…both of which were exclusive to Wal-Mart. Now, there will be 3 mass releases. Jafar, which will only have a run of 4000 pieces, Genie, which will have a chase of Jafar’s Genie form, and Rajah all join the line. These are due out in June, and can be pre-ordered at Entertainment Earth by clicking the images below!

Now, one would ask the obvious question…where is Aladdin?!? This question was poised to Funko themselves, and they responded that there is no Aladdin for a good reason. So, the speculation is currently a Dorbz Ridez of Aladdin on the Magic Carpet! 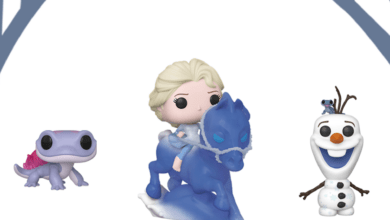